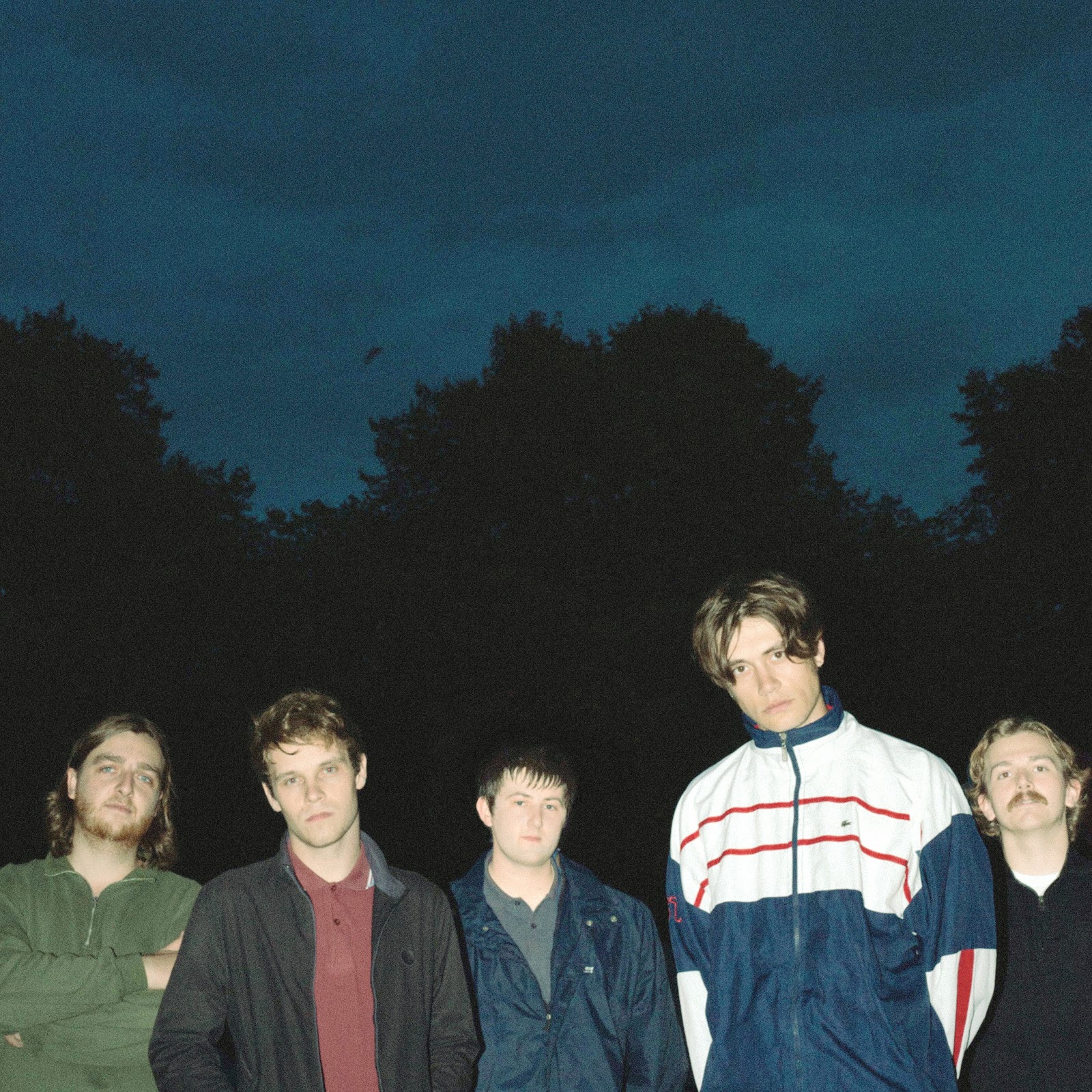 The Rotanas are a five-piece from Cardiff in Wales with some seriously infectious songwriting credentials, offering up a zingy and fearless new recipe for britpop – gritpop. Their latest release ‘Spinner‘ received network airplay on Radio X, Sirius XM, and RTÉ 2FM, as well as repeat plays on BBC Radio Wales and Amazing Radio. The boys are really on the up, and their new single, ‘Manic’, comes off of the heels of their signing to Disobedient Records. To tell us all about what the Rotanas are all about and what to expect from these firecrackers in future, vocalist Harry Watton very kindly had a chat with us and let me ask some truly inane questions. Top banana. So, without further ado, here’s the results of our natter…

Hello, lads! First things first, explain the name – what or who is a Rotana?

I think a ‘Rotana’ is difficult to pin down to a single thing, the name comes from a kebab shop in Cardiff but what a Rotana is, well that’s something only 5 of us have the pleasure of being. It’s a sort of freeness, an ability to forever evade being pinned down to one single identity, it’s a family. You don’t choose your family, that’s kind of like us, we just fell into each other’s acquaintance.

You’ve been knocking about since 2017. How did you all meet? What made you want to start a band up?

As I just mentioned it was kind of just falling into each other’s company. I don’t even remember meeting James, or any of the others really (bar Tommy but that was only recently). We all just kind of started to exist in eachothers lives and The Rotanas were the only realistic outcome of that, I think.

And, if you don’t mind, could you kindly explain ‘gritpop’ to an old fogey like me?

To be honest with you it’s a lighthearted bit of wordplay, PR bullshit. I think we might be something very different to that now, certainly heading that way. It was coined by an old friend of ours under substantial influence. At the time it sounded truly wonderful and personally I did enjoy it for a good while but, like many other things, it possessed something of an infancy to it, we’ve matured now. That being said I think it’ll stick with us for a few more releases, for old times sake.

At our level all your home shows are gonna be your favourites. We haven’t yet graced 50k plus arenas around the globe or even the UK for that matter, so 200 ish people you’ve seen once or twice down the local Tescos but never really spoken to, off their tits, rammed into some underfunded, war torn yet homey shed, will indeed, take the cake. Bunkhouse (Swansea) is good, as is Clwb Ifor Bach (Cardiff). Tough to pick a favourite you know. We found a brother there at the Bunkhouse mind, Aaron, so there’s a spiritually charged love for that place.

Who would you cite as your musical influences? Who are your favourite bands? Guilty pleasures are also allowed, worry not…

I don’t have any guilty pleasures, if I felt guilty about them it wouldn’t be pleasurable.

I think there’s an obvious 90s influence, certainly to our sound. I do think that there’s a lot more influence from further afield, certainly for me 60s and 70s soul/rock and roll/reggae. Not that it necessarily is obvious in our music, but it does influence how our minds work within music and most definitely that has an affect on the choices we make, say, in the studio, for example.

So, tell us about your signing with Disobedient Records. How are you feeling about it?

Yeah, great bunch, really on it. I’m excited, takes some of the pressures of it all off our backs and allows us more time for the music. Love and peace man.

And your new single, Manic. Lyrics? Sound? What’s it all about, Aaaaaaalfie….?

I think it’s just that, manic. It’s about a nutter, basically. A past friend of ours, turns out he’s just not all there, not in a medical way, he’s just a tart. The sounds big, the verses have a good walking vibe to them, with this hint of cockiness that plays to the ‘nutter’ vibe. It’s big though, real big. The solo is vulgar, you feel a bit rude listening to it. I like that.

What would be a dream song for you to cover?

Absolutely jack shit, I don’t think I’d ever dream of covering a song as such. Maybe to perform a song with a band. Imagine getting stuck into a track with The Doobie Brothers, that’d be a hell of an evening.

So what’s the dream for you boys? Where would you like the Rotanas to be in say, 5 years? Professional rock ‘n’ roll stars?

I think just being able to live off it would be nice, which is very humble of me, isn’t it. Of course we all get a tingle in our balls just before we drift off to sleep thinking about the chance of walking out on our second night at Knebworth. But for fuck’s sake, doesn’t everyone?

I’ve been told to at least snog John Cale cause he’s from Garnant like Aled, so I’ll have to marry Tom Jones, he’s guaranteed to be a great father to our children, and avoid Shakin’ Stevens cause he makes me anxious.

Diolch yn fawr iawn, The Rotanas! Godspeed and good luck, and I can’t wait to listen to your new record.

The Rotanas’ new single, ‘Manic’ which is set to be released on 26th March 2021 on all good DSPs. The link to pre-save it is here. 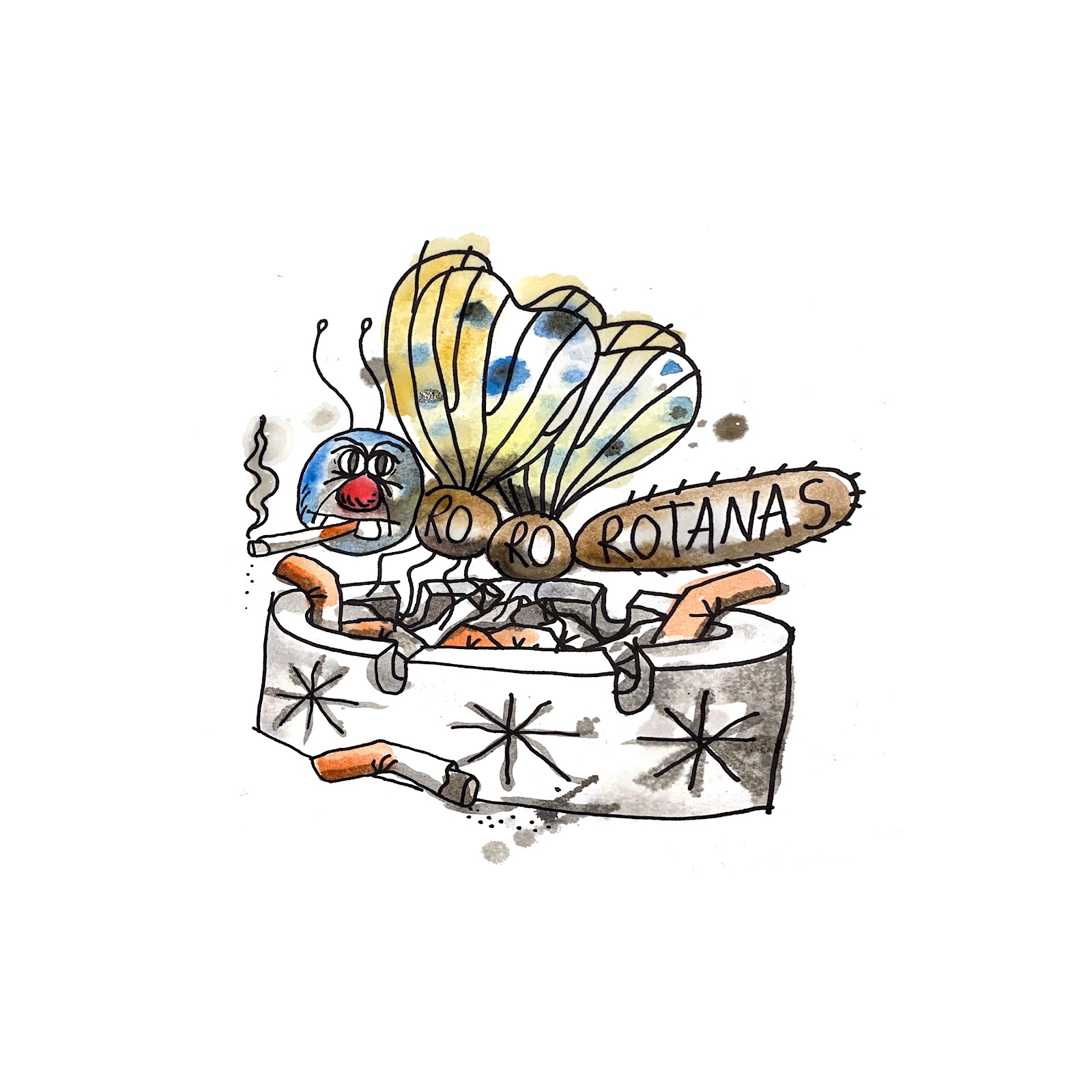